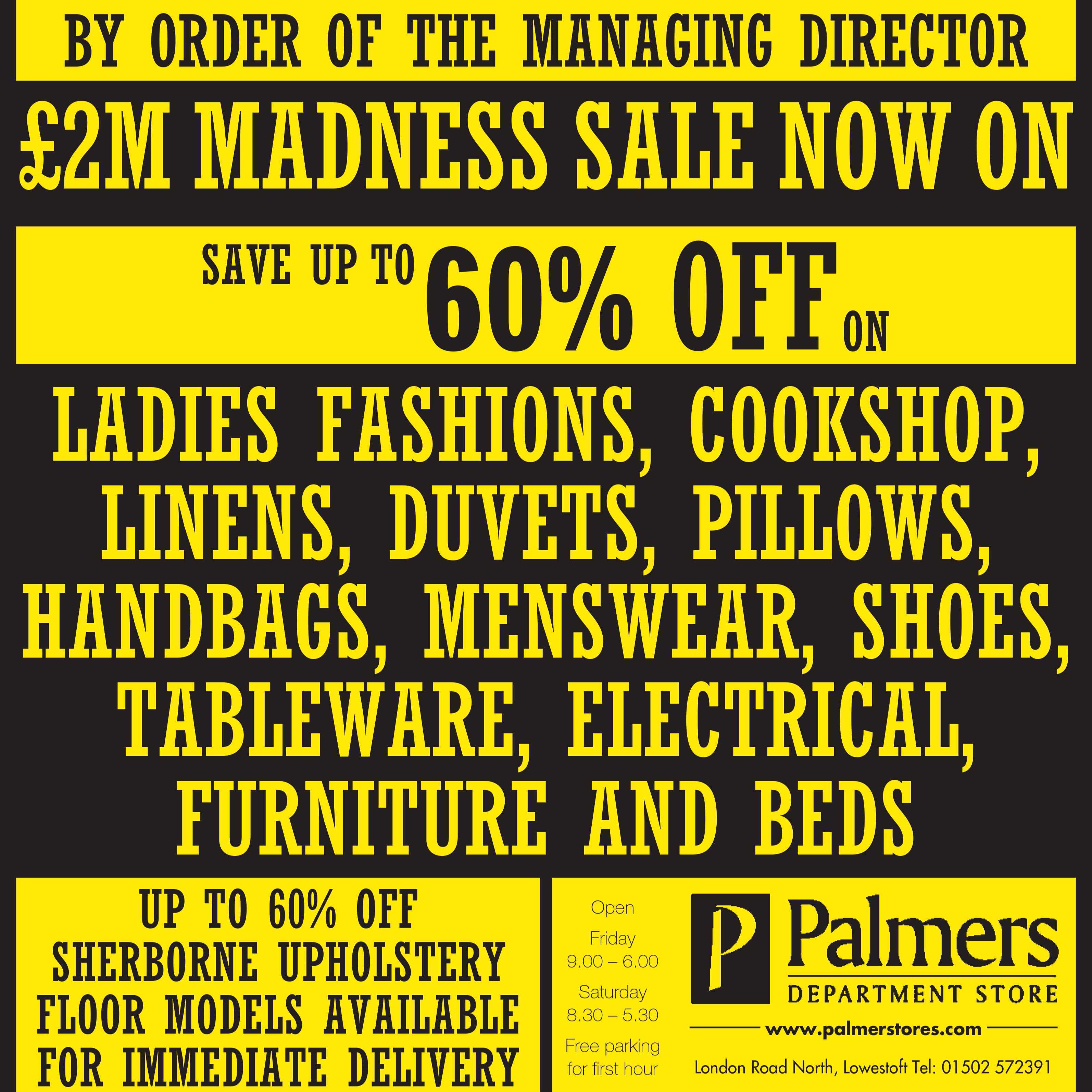 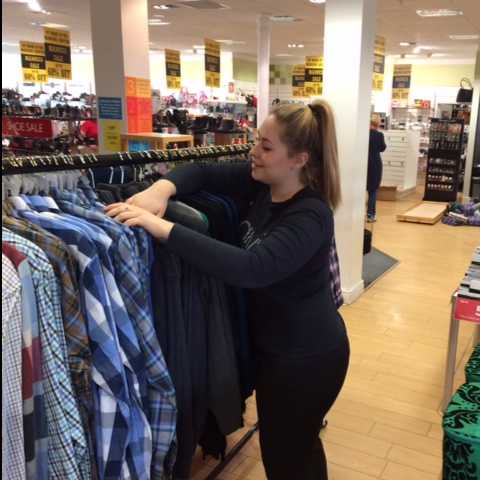 The sale launched as Palmers announced plans for a major refurbishment of the Lowestoft store which will include a new Cookshop for the ground floor in a 1000sq ft space.  The Cookshop will feature new ranges such as Kitchen Aid, Meyer Circulon and Denby.

David Howard from Palmers said “We are delighted to provide our grand clearance sale in Lowestoft and are really excited about our plans for the future of the store here in Lowestoft”.

As the sale launched over 150 people were queuing outside the store to get the first look at the massive sale with some items discounted to 60%.

Palmers will open the Cookshop in the second week of March and the other departments towards the end of March.  A launch event will follow in Easter when all the works are completed.