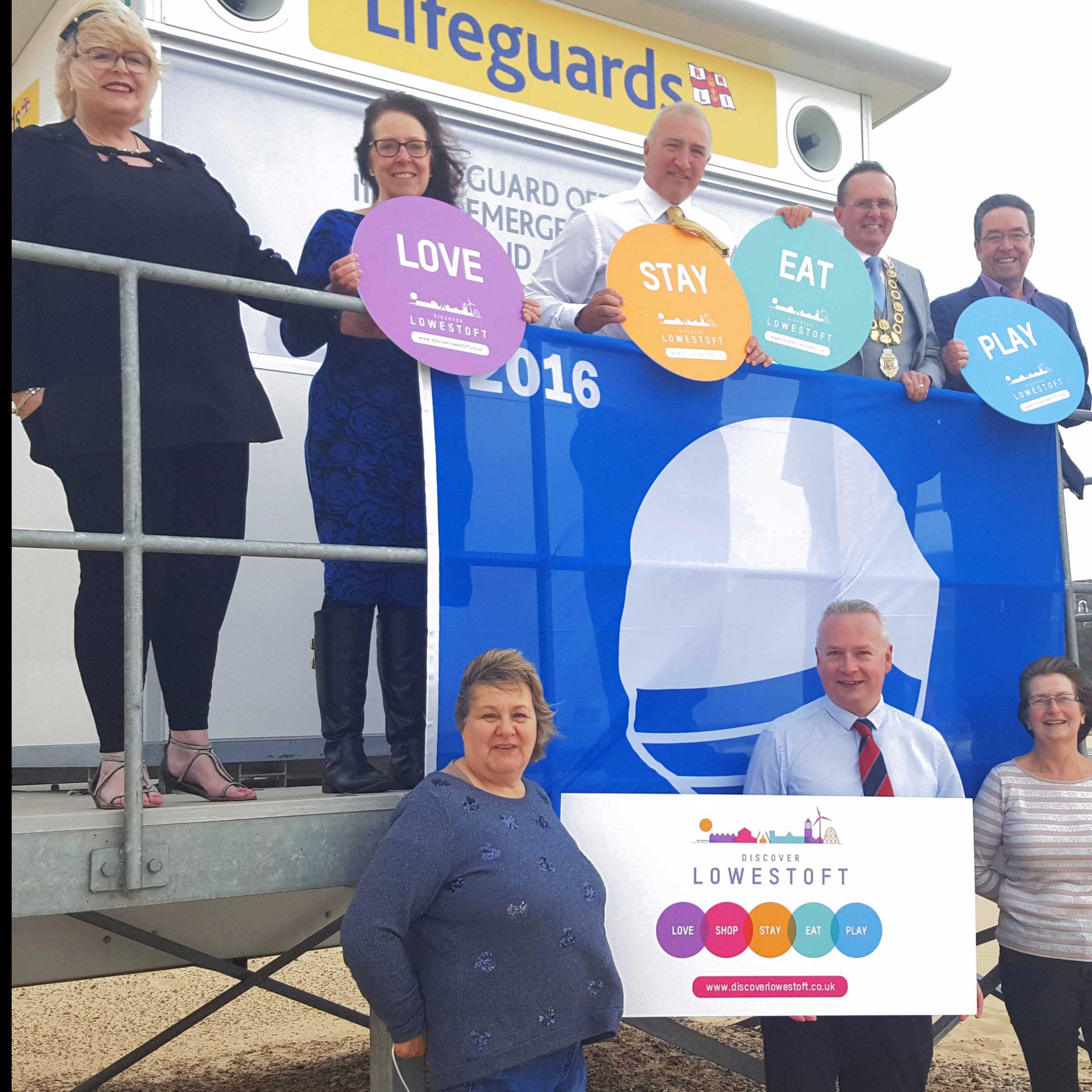 Lowestoft beach among the best again

Yet again, Lowestoft’s South Beach and the beach at Southwold Pier have retained their Blue Flag status for another year and Kessingland once again wins a Seaside Award for its stretch of beach.

The Blue Flag Award is the international standard for beach quality and is only awarded to coastal destinations that boast the highest standards of water, facilities, safety, environmental education and management. The Seaside Award recognises and rewards beaches in England that achieve the highest standards of beach management and, in the case of bathing beaches, meet the required mandatory standards for water quality.

This summer, 68 beaches across England will be flying a Blue Flag Award after meeting the highest standards for cleanliness, facilities and water quality. In addition, 111 beaches have been presented with the Seaside Award by Keep Britain Tidy. The Seaside Award recognises beaches that are well-managed and maintained.

Cllr Colin Law, Waveney District Council leader said: “We are absolutely delighted that Southwold and Lowestoft have once again retained their Blue Flag Awards for another year. It tells visitors and local people alike that our beaches are safe, attractive and a great place to spend time. It boosts local businesses who depend on the trade from visitors and really helps put the district of Waveney on the tourist map”

“The standards necessary to gain a Blue Flag are very high and I would like to thank Waveney Norse, Anglian Water and Sentinel Leisure Trust for their hard work in maintaining our beaches to such an exceptional standard.”

Keep Britain Tidy’s Coastal Award Manager Paul Todd said: “It is great that we have been able to award more beaches this year with Blue Flag and Seaside Awards. As an environmental charity, Keep Britain Tidy is committed to improving the quality of the places where people live, work and holiday and these winners have proved their commitment to providing the best possible beaches for locals and visitors alike. Visitors can be sure, if they visit a Blue Flag or Seaside Award-winning beach, they are visiting one of the best beaches in the world.”