Home > News > Festive Fireworks and Celebrations are a hit for Lowestoft 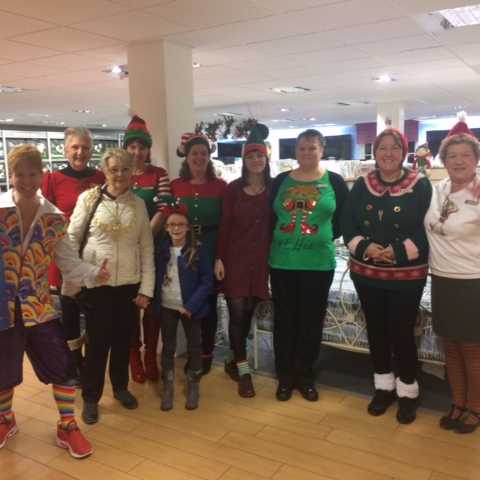 Festive Fireworks and Celebrations are a hit for Lowestoft

Shoppers were greeted by elves, Santa’s and all sorts of festive fancy dress by retailers while they grabbed their last minute Christmas shopping. A great number of people competed in the Heart FM Whirlwind Competition in the Britten Centre as they tried to collect as many hearts as possible in two minutes. Others took along their little ones to meet the snow princess and her snow man.14 businesses in the town centre took part in a fancy dress competition and battled it out to become the best turned out store.

Deputy Mayor Cllr Mary Rudd had the difficult job of judging all the fantastic stores who took part in the festive dress competition. Fourteen stores took part all in all which is an incredible amount. Each store was judged on Originality, Christmas Spirit and team effort.

Deputy Mayor Cllr Mary Rudd said “It was really hard to judge, so many stores took part and really made an effort, and after a much deliberation we couldn’t split Palmers and the Body Shop who were both worthy winners.

Crowds then gathered at 7:30pm for the amazing fireworks display which lit up the Lowestoft sky.

Discover Lowestoft would like to thank all the retailers who took part in the event for their continued support, and thank you to all the public who have attended our events.