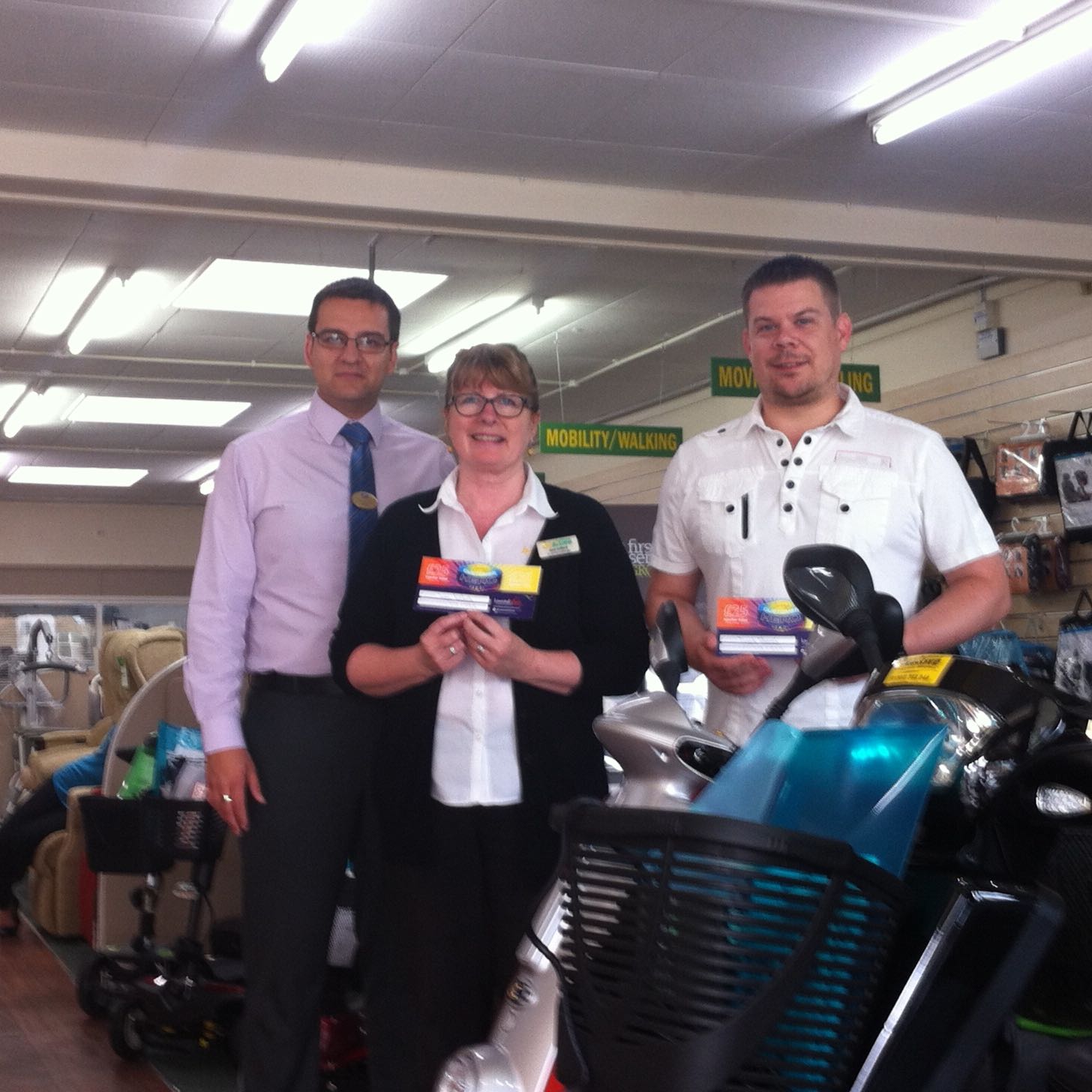 The campaign, which began in February 2015, is organised by Lowestoft Vision as part of Business in the Community (BiTC) “Healthy High Street campaign”.

This week Jane Fulford from BeActive Mobility was awarded the customer hero badge and voucher following a nomination from David Spooner.  David nominated Jane after visiting BeActive to purchase items for his grandmother. David said: “We had a very emotional time trying to find items for my Nan who is very ill. Jane made the process much easier with her help and knowledge of the products which would make Nan’s life more comfortable.”

Jane is the fourth person to be presented with a Lowestoft Customer hero award.

On receiving the award from David and Lowestoft Healthy High Street Partner David Lewis from Boots UK, Jane said: “It's so lovely to have been nominated, and to know that in some small way you make someone’s life a little easier is such a lovely feeling and very rewarding.”

Darren Newman Lowestoft Vision Manager who organises the campaign said: “This is the fourth Lowestoft Customer hero award we have presented. It is important that we continue to highlight and reward the efforts made by staff in our town who exceed customer expectations.”

Lowestoft Vision receives over 50 nominations per month from customers nominating staff in town centre businesses. From these nominations Lowestoft Vision and the Healthy High Street Partners go through the difficult decision of judging each entry to find a suitable winner.

David Lewis, Store Manager for Boots and member of the Healthy High Streets team said of the campaign: “The standard of nominations which we receive continues to be very high and it is always difficult to select a winner. However the nomination we received for Jane demonstrated exactly what we are looking for in our town customer heroes.”

Shoppers in Lowestoft can continue to nominate their customer hero by completing the nomination cards which can be found in shops throughout the town centre and historic High Street.

If your nomination leads to the business being awarded the customer hero award then you could win a £25 voucher to spend at participating stores.