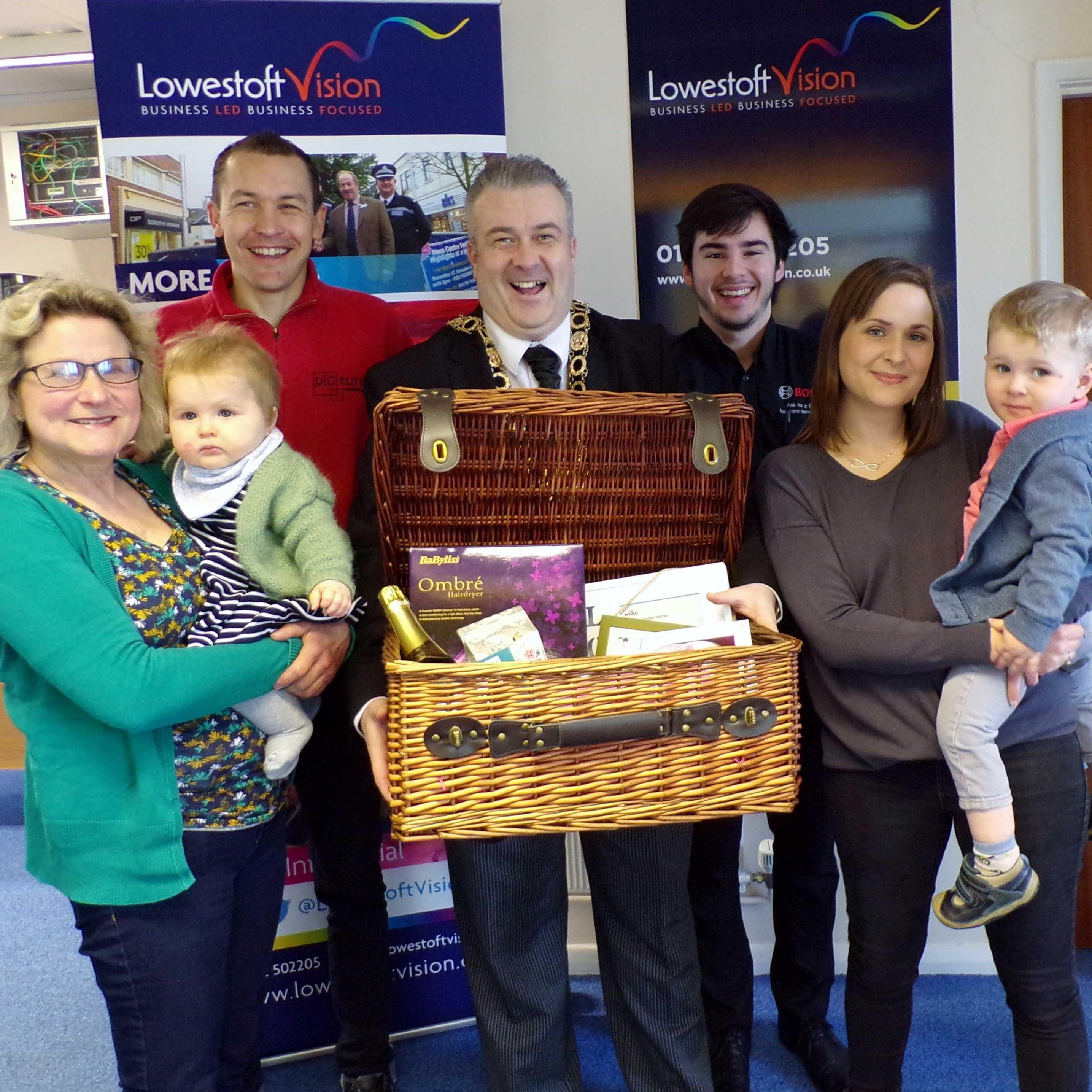 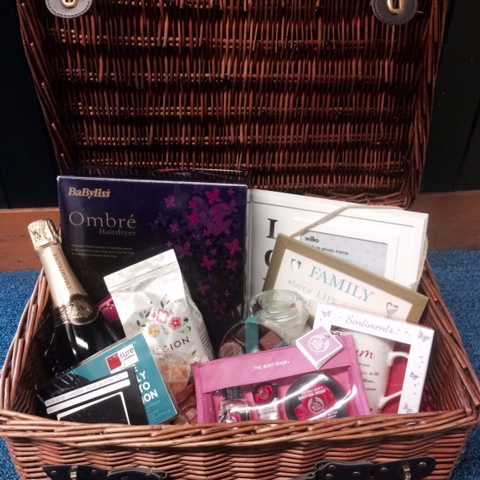 Following a successful Mother’s Day Competition run by Lowestoft Vision through the Discover Lowestoft scheme, the lucky winner, Jenny Willer, was presented with her prize by Lowestoft mayor Nick Webb on Friday 24th March.
With over 80 nominations Nick took on the difficult role of deciding a winner. Alongside Nick were Daniel Batty from Hughes and Matt Goddard from Picture Studios who both donated generous prizes for the hamper. Jenny was accompanied by her daughter Louise who nominated her and two of her adorable grandchildren.
Nick Webb told us “This is fantastic, it is great to be involved and a really well deserved prize for such a great mum. Enjoy Mother’s Day and all the superb gifts donated. Thank you to Lowestoft Vision for running a great competition”.
Louise nominated her mum via the Discover Lowestoft Facebook page by saying “ I would like to nominate my mum for two reasons. She doesn't have a lot and any spare money she does have she spends on toys and clothes for her five grandchildren instead of ever treating herself. I have two young children and due to the cost of childcare I can't work anymore and so this Mother's Day I won't be able to spoil her like I wish I could. Thank you”
Jenny added “I had no idea Louise had entered. Thank you to everyone who has donated and Thank you to Lowestoft Vision for running the competition”

Lowestoft Vision would like to thank the following members who very kindly donated prizes for the hamper: