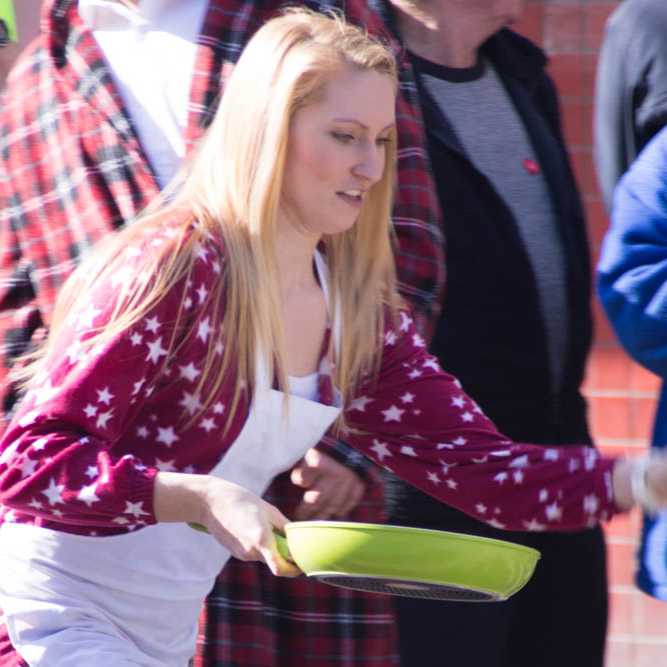 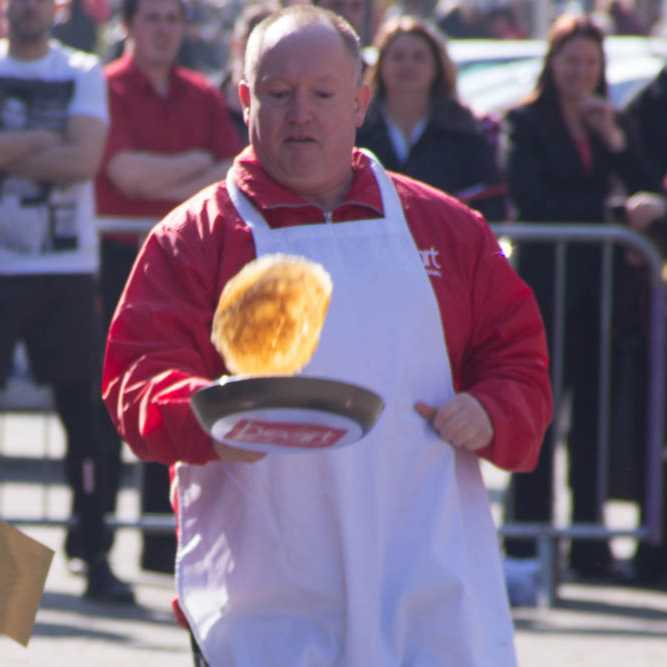 Last year’s event was the most successful in recent history with record number of team entering and crowds cheering on all the action.

The event involves teams of three taking part in a relay race whilst tossing pancakes along the route. The hilarious contest will be broken down into heats followed by semi-finals and a final.

In addition to the main race there will also be a Mascot race which Woody bear from Pleasurewood Hills is the Current Champion.

For further information on the Pancake Day race and to enter a team please contact Jason Cookson on 01502 502205 or email jason@lowestoftvision.co.uk