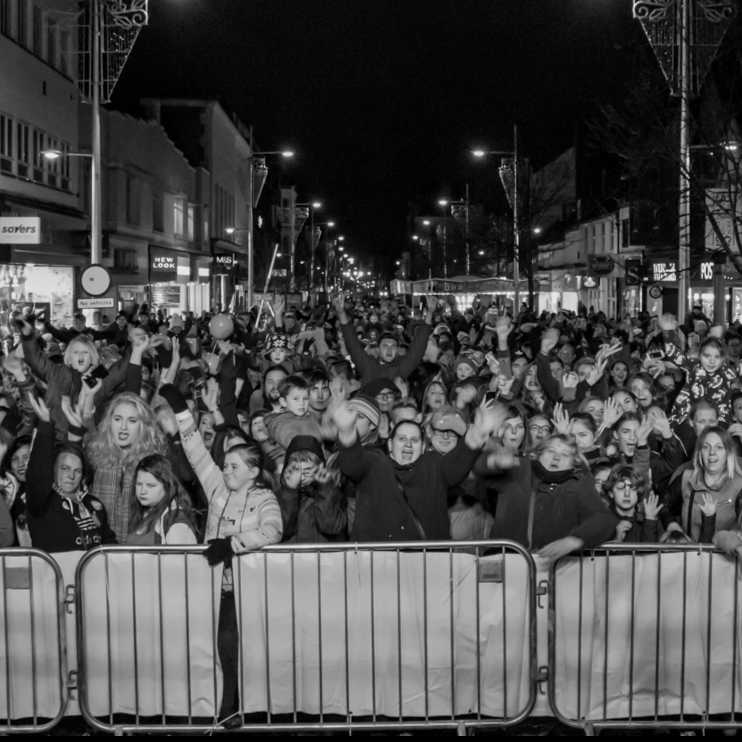 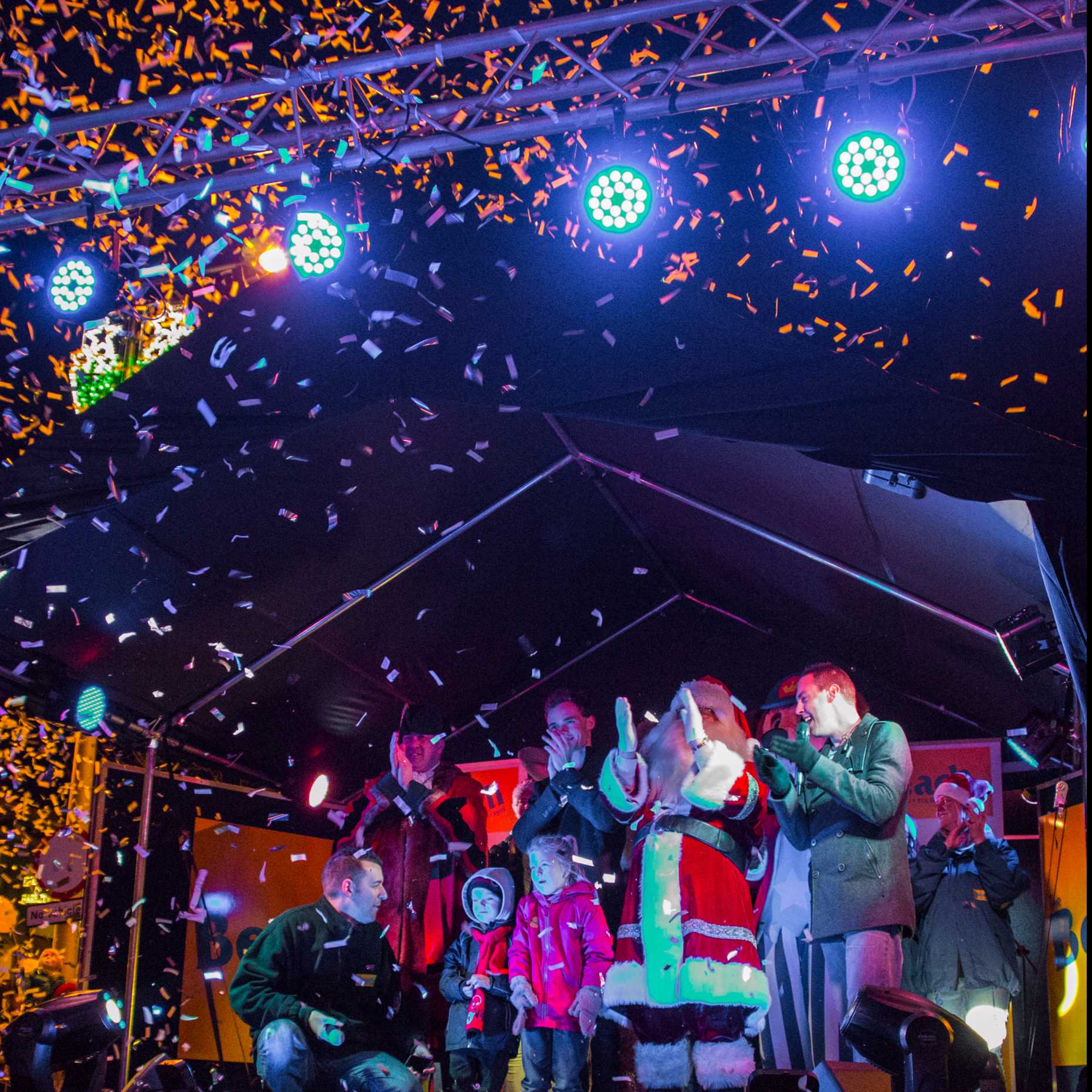 Saturday 19th November 2016 saw the town light up with the Lowestoft christmas lights switch on.

Thousands of people turned up to witness the event and amongst it, the brilliant performing acts.

The event began at 3pm with the introduction of the Elves trail competition where members of the public had to find 4 elves hiding inside 4 retail shops in the town centre. The prize was to switch on the lights at 5pm. At just after 4pm an entry card was selected at random and we would like to say a big well done to Toby and Ruby who won, they got the chance to switch on the lights, alongside local celebrities such as The Beach Bunny, Woody Bear, the lowestoft mayor Nick Webb and of course Santa!!!

The first act to appear on stage were the DPA choir who peformed some beautiful Christmas songs, next were the Lowestoft Players who brought glamour to the stage with their singin and dancing. James TW stole the show with his live performance of his new single 'When you love someone', along with a selection of his other songs, and he certainly had a fanbase here in Lowestoft!

The town also saw some charcaters walk around greeting the public, chestnuts and mulled wine, a funfair and a friendly owl!

The switch on came at 5pm with a big snow flake display and the growds cheered as the lights illumanted the town centre.

We would just like to say a huge Thank you to everyone who came along and showed their support. It was great to see you all enjoy the event.

We have many more activites and events throughout December so take a look at the Events page on here to see what we have to entertain you!